Integrating across Academic and Student Affairs to Support Underrepresented Students in STEM: Lessons from the CSU STEM Collaboratives 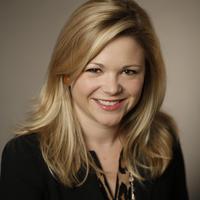 The challenges of keeping undergraduate students in STEM programs and getting them to complete their degrees are well-documented and frequently discussed by members of this group and a wide audience of stakeholders around the country (Eagan, Hurtado, Figueroa, & Hughes, 2014). For students from underrepresented backgrounds, these challenges are even steeper, as they may have experienced inadequate high school preparation in math and science, an unwelcoming or chilly climate in college, or poorly taught introductory STEM courses (Tsui, 2007). Many existing interventions for underrepresented students in STEM tend to target small groups and remain disconnected from other support programs for low-income, first-generation, or minority students. Additionally, most existing support programs have either not included or not coordinated with ongoing efforts to reform introductory STEM curriculum and teaching.

In response to these conditions, the California State University (CSU) System created the STEM Collaboratives project, coordinated at the system level and implemented on 8 CSU campuses. The project's aims were to encourage campuses to rethink the ways in which they were supporting their first-year students in STEM (with an emphasis on students from underrepresented backgrounds) by integrating interventions for greater impact. The idea was to create a comprehensive program that would assist students inside the classroom, through pedagogical reform of introductory/gateway STEM courses, and outside of the classroom, through mentoring, advising, tutoring, or other programs; these supports would begin in the summer and continue throughout students' freshman year. By integrating curricular and co-curricular supports and bringing together faculty and student affairs staff, students would experience a more seamless and integrative support system during their first year in STEM.

Each campus created and implemented its own version of the program based on their own students' needs and their campus's existing strengths. While each program featured the same core elements (collaboration between student affairs and faculty and integrated curricular and co-curricular supports), the projects could end up looking very different based on campus context. For example, at Humboldt State University, a residential campus located in a rural community in northern California, the project team created a place-based learning initiative that capitalized on the campus's geographic isolation and unique natural landscape. Called the Klamath Connection, the program used the nearby Klamath River Basin to establish an organizing theme, which connected all the different elements of their program. Students had a four-day immersive summer program, dedicated peer mentors in their major, and took the same classes, which were oriented around the Klamath River theme. These experiences led to a retention rate that was 13 percentage points higher for Klamath Connection students than their peers, as well as higher GPAs and STEM course pass rates.

A very different campus environment led the project team at Cal State Dominguez Hills to create a distinct yet equally effective integrated program dedicated to the needs of their mostly commuter students. Because many students at Dominguez Hills work and live off campus and often have substantial family demands, the type of immersive program that Humboldt State built would not have worked there. Additionally, Dominguez Hills serves a population of students who come to college with radically different levels of preparation, making it nearly impossible to place all students in the STEM Collaboratives program in the same classes. Instead, the project team created several different tracks of courses for students based on their varying levels of preparation in math and science. Students also took classes together in the summer and gained free college credit (or made up remedial work) before they even began their freshman year. They had support from dedicated advisors and tutors, as well as enhanced classroom supports such as Supplemental Instruction or Peer-Led Team Learning. The Dominguez Hills program was differentiated to meet the needs of its student population; this approach led to an increase in STEM retention of 4 percentage points, as well as higher pass rates in STEM courses.

These programs, as well as those on the other STEM Collaboratives campuses, show that this integrated approach represents a more effective way to support underrepresented students in STEM. As researchers on the project, my colleague Adrianna Kezar and I found that the value of these integrated programs also extends beyond improved student outcomes to the campus community at large. Faculty and staff who participated in the project learned more about one another's work, developing a sense of mutual respect and trust that allowed them to undertake additional joint work and look for new ways to collaborate across traditional organizational boundaries. These campuses built what we call a unified community of support, in which faculty and staff work together to pursue the same goal of supporting STEM student success both inside and outside the classroom. Unified communities of support incorporate knowledge from student affairs staff and STEM faculty, include multiple touch points of support for students, and are predicated on increased learning, strong relationships, and a sense of community. They are also characterized by a sense of shared responsibility for student success, which was a critical facilitator that helped faculty and staff work together effectively and create a community of support.

While doing this type of integrated, collaborative work is not easy, any difficulties the campus teams faced were outweighed by the benefits for students, faculty, and staff. In my next blog post (and upcoming webinar), I'll talk more about some of the key implementation challenges that came up across the campuses, as well as some of the practices and strategies that helped campuses overcome these challenges and facilitate implementation.

Tsui, L. (2007). Effective strategies to increase diversity in STEM fields: A review of the research literature. The Journal of Negro Education, 555-581.

Comment? Start the discussion about Integrating across Academic and Student Affairs to Support Underrepresented Students in STEM: Lessons from the CSU STEM Collaboratives

« Turning on the Thrive Channel to Accelerate Change in Higher Education       How Does Your Professional Organization Lead Positive Change? »