The Power (and necessity) of Students in Systemic Change 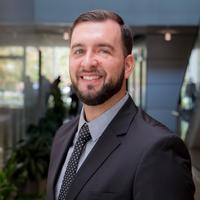 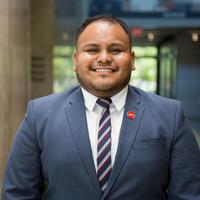 Almost any change in higher education is difficult. And slow. Systemic change, which produces seismic shifts in the operations and culture of an organization, is even more difficult to achieve. Or in the words of another ASCN blogger Jeanne Century, "the stakes are much higher and the challenge is greater." Particularly for public higher education institutions, there is no shortage of stakeholder groups with keen interests in the outcomes of systemic change efforts, including faculty, staff, administrators, lawmakers, community members, and the general public. Certainly, a process that authentically includes all of these stakeholder groups and reflects the varying perspectives each bring to the table is essential to successful change. However, no group has as much at stake when it comes to systemic change in higher education as students.

The Cal State Student Association (CSSA) is an organization that advocates for the nearly 480,000 students in the 23-campus California State University (CSU) system, and is no stranger to shared governance and the vital role of students in systemic change. For nearly 60 years, CSSA has focused much of its efforts to ensuring the student voice is represented on important advisory and decision-making bodies, such as adding students to the governor-appointed CSU board of trustees by way of state legislation and placing students on CSU systemwide policy advisory committees. We fight to engage students in public higher education policymaking because students are critical higher education advocates. Higher education institutions benefit greatly from student leaders who inherently understand the student experience. Higher education reform resulting in systemic change, whether academic or social in nature, is benefited by the initiative of students who desire an educational experience that is focused on equity, innovation, and societal improvement.

Although it didn't happen overnight and the current system is still imperfect, decades of hard work has gotten us to a place where student involvement is an expectation across the CSU system. 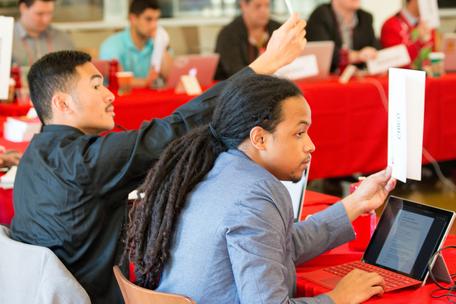 Provenance: Christopher Woolett, CSSA
Reuse: This item is offered under a Creative Commons Attribution-NonCommercial-ShareAlike license http://creativecommons.org/licenses/by-nc-sa/3.0/ You may reuse this item for non-commercial purposes as long as you provide attribution and offer any derivative works under a similar license.
In fact, CSSA and the CSU system worked together to codify that expectation in an official memorandum outlining that CSU campuses are responsible for ensuring that students are involved in campus policy development as full participants. It is important to emphasize those last three words: "as full participants." Viewing students as full participants and creating system policies to ensure that participation, demonstrates a core value of student representation that is a departure from more mainstream academic perspectives. For example, despite the historic and seminal AAUP Statement on Government of Colleges and Universities mentioning students as a stakeholder, students are largely an afterthought, their involvement is placed on the margins "within the limits of attainable effectiveness," and much context is placed on their "deficiencies" when it comes to their ability to contribute to shared governance.

It is also important to note that even though the CSU has codified their commitment to student participation, not all campuses adhere equally and some student leaders still encounter challenges to sharing in campus governance. The implementation of the systemwide guidance varies depending on campus leadership (presidents, vice presidents, faculty, etc.), where some campus leaders uplift student voices and make every effort to include them in campus decision-making while others do the bare minimum or avoid student engagement altogether. As with any stakeholder in the change process, leaving students out of the decision-making process and creating little-to-no opportunity for students to have ownership of changes that directly affect them can produce barriers to success.

Shawn "JAY Z" Carter recognized the power of young people when he said, "sometimes our prophets come in the form of young, undeveloped energy that will teach all us grown-ups how to love better and be more compassionate." His statement also alludes to his fundamental belief in the abilities of young people, which we ultimately believe needs to be at the heart of college educators. So to conclude in the spirit of JAY Z's sentiments, we not only believe in the positive energy and unique expertise that students add to the governance process, but we also believe that any systemic change efforts in higher education that exclude authentic student engagement are incomplete and not systemic at all.

Comment? Start the discussion about The Power (and necessity) of Students in Systemic Change

« Do I want to be recognized? Reflections on my experience with (Dis)Ability and working in Higher Education       Responding to Racism »