What does systemic change mean to you? 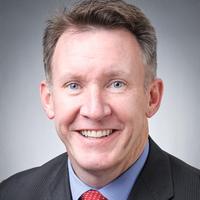 One of ASCN's working groups is focused on theories of change. Its role in the project is to help people engaged in change efforts understand theories and models that could profitably inform systemic change work.

At this stage in our working group's development, co-leader Susan Shadle and I are trying to help our 15 members not only get acquainted with each other but also with each other's ideas about systemic change. In November, we asked the group members to answer in 1 or 2 pages this question: What does systemic change mean to you? Below is my response to that question. It is the first of several responses from members of our working group that will be posted on the ASCN blog.

×
All systems organize individual pieces into some sort of interrelated whole. Put simply, systemic change occurs when change reaches all or most parts of a system, thus affecting the general behavior of the entire system. However, systemic change is often difficult to envision, let alone encourage, because people generally find it easier to focus on the parts than on the systems that connect those pieces.

That is why encouraging systemic change seems to depend so much how the system(s) of interest are defined. For example, when we talk about systemic change in STEM education, sometimes we are referring to change in organizations and institutions: "We want to improve STEM courses for non-majors at all U.S. postsecondary institutions." Other times, it seems we are referring to systems of practices and values: "Nothing will change until we overhaul the tenure system."

Because of the likelihood that people will have different definitions of what defines a particular system, encouraging systemic change depends on creating one or more maps of the system using insider and outsider perspectives. As a result of this step, people involved in the change effort may gain new lenses for seeing how the parts are related within the whole and where to apply particular change strategies. For example, academic scholarship (e.g., a formal theory) may help people see a system of interest in an entirely new way. Likewise, system insiders may identify parts not evident to others and assign to those parts unexpected levels of importance.

I have two examples of my own engagement with systemic change in postsecondary STEM education. The first is related to the Center for the Integration of Research, Teaching, and Learning (CIRTL). Its theory of change holds that undergraduate STEM education can be improved in postsecondary systems across the U.S. by improving how future STEM academics are prepared as undergraduate instructors, advisors, and mentors. Because all types of institutions hire PhD-trained STEM faculty, and because of the large proportion of STEM PhDs they produce, the top 100 research universities can have an outsize effect nationally if aspiring academics who value undergraduate education and adopt evidence-based instructional practices are hired at a diverse array of 2- and 4-year postsecondary institutions. CIRTL's theory of change takes a systemic perspective, linking parts of the system that weren't typically connected (graduate education and undergraduate education) and identifying a place in the system where action on the part of the few (research universities) could be leveraged to great benefit for the many (all undergraduate education). In my role as a researcher and evaluator, I have tried to help CIRTL test the assumptions embedded in both its broader theory of change (the process by which change comes about) and its specific theory of action (how CIRTL's interventions are constructed to enact the theory of change).

My second example comes from a research project called Talking about Leaving Revisited, which is a follow-up to Seymour and Hewitt's seminal 1997 book. Because the current project is examining the same six institutions featured in the original book, we are studying, among other things, how STEM instruction has changed at the six institutions since 1995. Because we're taking a systems perspective in answering this question, we are relying on formal academic theories—namely, neo-institutional, evolutionary, and cultural—to shape our study and inform our findings about the mechanisms and meanings of instructional change. For example, in our study of syllabi in large introductory courses over the 20-year period, evolutionary theory helps us see that instructional change was often a function of NSF funding mechanisms – that is, teaching methods sometimes changed as a result of obtaining needed resources but sometimes they changed in order to obtain funding. The TALR project ultimately intends to tie together actors at many levels in the postsecondary STEM education system—funders, federal policymakers, accreditation associations, facilities & space planners, for example—to explain how STEM instruction changed over time and what influences might explain those changes.

These projects provide to me the most immediate examples of systemic change efforts that ASCN could either support or benefit from.

Connolly, M. (2017, February 1). What does systemic change mean to you? [Blog post]. Retrieved from http://serc.carleton.edu/ASCN/posts/change_you.html.

Comment? Start the discussion about What does systemic change mean to you?

« What is systemic change?       Insights into systemic reform from K-12 research on data driven decision-making »